The Continued Ramblings of a Cranky Old Twit As attorneys, we are tasked with the awesome responsibility of maintaining the integrity of our profession. With that said, there is a subject that seems to always be swept under the rug. I can no longer keep my tongue silent. No matter the danger, I must speak. As the nation's undisputed leading legal blog, it is my social responsibility to my bar brethren to expose the truth. The controversial subject at hand? Lawyers who wear bow ties. Bow ties have the power to shape history. On Lincoln's neck, they united a house divided. Bow tie clad Churchill helped defeat a Nazi menace and Truman dropped an atomic bomb. On Justice John Paul Stevens, bow ties help shape our laws. They have brought down presidents. The bow tie was the signature look of Watergate special prosecutor Archibald Cox. Pulling off a bow tie requires a certain level of class, intellectualism and dignity. Worn correctly and you will present yourself as a noble statesman. Worn incorrectly and people will assume you are a goofball like Pee Wee Herman or a pompous blowhard like Tucker Carlson. Carlson once even stated that wearing a bow tie was like a "middle finger protruding from your neck". 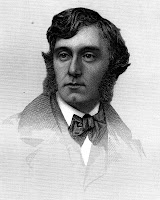 The latter monikers can have an adverse effect in front of clients and juries. If you are loud and crass, the bow tie will simply heighten the notion that you are a pompous ass. If you are the type of attorney who tends to crack jokes, the bow tie may give the impression that you are a clown who is not to be taken too seriously. You will be Stan Laurel. In surveys done by HCD research, 45% of people assumed bow tie wearers were Republican, 39% assumed they were brainy and a little weird and 32% thought they were dull. So should you wear a bow tie? It depends. Expect for the occasional black tie event, I have never been able to pull off a bow tie. I haven't accomplished enough as an attorney. If you are a constitutional law professor, a conservative pundit, a southern gentlemanly type lawyer, a judge, English, a magician, are part of a vaudville act or barbershop quartet, or you plan to set off on a big adventure to find your beloved stolen bike, you may be able to pull off wearing a bow tie. For some attorneys, the bow tie works. Most who wear them fail horribly. If you do decide to wear a bow tie, make sure it's one you have to tie yourself. Avoid clip-ons and novelty ties. Your tie should never require batteries. Since we are on the subject of proper appearance, what is it with lawyers who have pony tails? It always seems to be some publicity hound criminal defense lawyer who defends controversial Al Quaida types, non-profit lawyers who sue corporate behemoths and the occasional noble public defender defending the down trodden. We get it. You are cool and avaunt guard. You don't answer to the man. You don't care what the world thinks. You are trying too hard. Get a haircut and be a drone like the rest of us. Leave the ponytail to Steven Seagal, 12 year old girls and ponies. And what about real estate attorneys who don't bother throwing on a suit and tie for a closing. (I have been guilty of this). In my opinion, you should be like Reagan. They say he had too much respect for the Presidency to remove his jacket in the oval office. (Or maybe the office was just too drafty). Clients have an image of what a lawyer should look and act like. Don't diminish the value of your work by giving the appearance that preparing closing documents is no big deal. Give them the show. No one really wants to see Kiss without their makeup. You are a lawyer. Dress like one. A new trend in some West Coast firms is to allow associates to wear jeans to work. San Francisco's Latham and Watkins allows their attorneys to wear jeans all summer. Call me old fashioned, but if I am paying top dollar to a white shoe firm, I want my attorneys to look like professional go getters. You are grown ups. Put on your church clothes. You can wear your play clothes when you get home. Take a cue from firms like Bickell & Brewer. According to the ABA Journal, even the mail room clerks at Bickell & Brewer wear suits. They have the right idea. There is nothing wrong with giving the appearance of success.
Posted 10:54 AM

I learned my lesson when I was a brand new lawyer writing briefs at the public defender;s office. One day, I was wearing a yellow flowered shirt when I was asked to hurry over to the Orphan's Court to present a motion. When I arrived, the tipstaff told me I couldn't appear without a coat and tie. He went to his locker and pulled out a purple tie with a palm tree and a dancing girl on it that was about a foot wide (when ties were still skinny). He handed me a coat that looked like it had been made from a rug with wide wide lapels that must have been fifty years old.

When I stood close to the bench (the ancient Judge couldn't see me at counsel table) Judge Boyle did such a double take that I resolved never to have even a remote chance of appearing in court out of uniform during my entire career.

I'm an English law student just coming out of the gate so the gentlemans advice is very gratefully received. I think I'll stick to suit and tie...

This is a great inspiring article.I am pretty much pleased with your good work.You put really very helpful information. Keep it up. Keep blogging. Looking to reading your next post. Lawfirm

Many thanks for this particular info I was basically browsing all Search engines to discover it! EliaAndPonto.com

when i was a kid, i love to receive an assortment of birthday presents like teddy bears and mechanical toys, gpwlaw-mi.com

Thank you a bunch for sharing this with all of us you actually realize what you are talking about! Bookmarked. Please also seek advice from my site =). We could have a hyperlink change contract between us! Click Here

I really like your take on the issue. I now have a clear idea on what this matter is all about.. lemon law attorney in los angeles