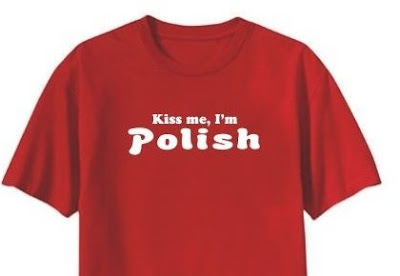 Over the weekend, I attended the Dozynki festival in New Britain, Connecticut. About three decades ago, local Poles revived the 1000 year old Polish tradition that celebrates the annual bounty of the harvest. While most farming communities have gone the way of condo complexes and Starbucks, the spirit of the festival was still there. A time to bring together the community to count their blessings, this year honored WWII veterans and the 70th anniversary of the Nazi invasion of Poland. With live music and great food, the annual festival attracts people from all over New England. This year, the festival was also well attended by several local politicians including New Britain's Republican mayor Timothy Stewart who is set to go toe to toe with Democratic State Rep. Timothy O'Brien. Both will be fighting for the title of Mayor of New Britain in the battle of the Tims. I mention this because it also brought me together with an old aquaintance that I myself had recently battled. The ex-husband of one of my clients. I had represented his wife in the divorce. Gnawing on a kielbasa, I was cornered by the man who was accompanied by his friend. For the purposes of my story, he was a 7 foot tall biker named Icepick with a tatoo of a lawyer getting run over by a Harley. "This is the son of a bitch who represented my wife in the divorce. He took my house, my money and my car." I was stunned. With a mouth full of bread I could only reply "Mife to Meef Moo" as crumbs fell on my "Kiss Me I'm Polish" T-Shirt. "You left me with nothing" he snarled. I was trapped. No one would hear my screams. They would be drowned out by the Polka music. I reached into my pocket and gave him a keychain with our firm's logo on it. "It has a light" I pointed out with my mustard stained fingers. The man laughed and smacked me on the back. Let me tell you, I was thankful I didn't get kicked in the Dozynki. Although my encounter was harmless, it made me realize that there were some situations where being a lawyer could be dangerous. As attorneys, we are constantly being placed in emotionally charged situations with emotionally charged individuals. In an earlier post, I wrote about the volatile client and gave some tips on how to handle such individuals. Today, I would like to add an additional one. When you go out, make sure you have a couple of free keychains in your pocket. They might come in handy. And be safe out there. (Or you might want to learn Karate. If so I encourge you to check out the following Karate blog).
Posted 8:23 PM

Ah, memories. back in the 70s and 80s, I had a polka band ... and we played the Dozynki Festival numerous times!

That is great. We are going to have to get you out of retirement. Funny thing is I probably have seen you play.

Wouldn't that be a hoot if you had seen my band?!! It was the Irene Olszewski Orchestra. 4 girls and a guy. I also played for a Polish (not polka) band called "Express" .... we did a lot of gigs at the Haller Post in the mid-90s.