I would like to extend my warmest thanks to the Wisconsin Lawyer Magazine for reprinting my article "Representing Family Members and Other Horrible Life Decisions". I would also like to thank Managing Editor Karle A. Lester who was kind enough to forward a few complimentary issues of the magazine to our office. It was quite an honor to be included in a publication of the Wisconsin Bar Association. Despite being located in Connecticut, our office has a great affinity for the 30th state.  My law partner is actually the son of former Wisconsin Attorney General George Thompson. A reprint of the article is provided below to give you some food for thought for the coming new year. 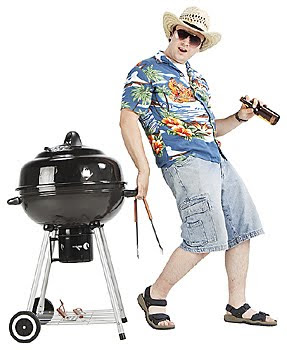 The Family Guy
Recently, I was asked by a newly minted attorney if he should represent his uncle in a divorce against his aunt. I pondered his thoughtful question for a moment and then proceeded to pummel him with my briefcase. After being pulled off by several court marshals, I composed myself and proceeded to continue the assault.
In actuality, representing friends and family can prove to be an excellent way to build up your client base. Who knows you better than your family? It may not be a bad idea to let them know what areas of practice you are in. You might be surprised at the results of family referrals. With that said, there is also a downside to representing Uncle Irving and Aunt Dolly. You may find that your fee will not mirror your aggravation.
Of course, if you do decide to represent family members, here are a few tips that you may want to consider.
1. Setting Fees: More than likely, your relative will expect a discount from you because he used to change your diapers or taught you to drive stick. So what if that was 50 years ago.
If you do the case for a discount or pro bono, make sure your relative-client knows the worth of the service he or she is receiving. Even if I do the case for free, I make it a practice to send a bill with our standard rate listed with "family discount." I find it goes a long way in the client valuing your service. If you act like it was no big deal, your relative will think so too.
2. Establishing Attorney / Client Boundaries. From the outset, make sure that you establish a professional demeanor with your relative. Uncle Wally may still remember you as that cute little kid who he bounced on his knee. You want him to take your advice seriously. I always make an attempt to set up office appointments to discuss legal matters. If you make it a practice to discuss your relative's legal problems at family events, you might grow to resent going to these functions. You don't want to set the precedent that its OK for your relative client to discuss his personal injury claim at a funeral or his divorce at a bachelor party. While this can be difficult with close family members, you don't want to be fielding calls on a Sunday afternoon. The practice of law can be stressful. You need time to relax. You need to set boundaries.
3. Carefully Consider the Case Are Uncle Jon and Aunt Kate getting a divorce? Do you really want to step into that beehive? Make sure you are not getting into a situation where emotions can get the better of you. I was recently involved in a divorce matter where opposing counsel was a childhood friend of the defendant. As the divorce proceedings became more difficult, opposing counsel began crying in front of the judge. I haven't been in practice that long, but it was a first for me. My guess was that the stress of doing a good job for her best friend got to the lawyer. In my opinion, the friendship also clouded the judgment of opposing counsel. Hell bent on showing she was defending her sorority sister, she made a point to fight every point tooth and nail. As a result, pretrial discussions were fruitless. A few compromises could have led to a more amicable dissolution of the marriage. Instead the process turned uglier.
4. Don't Get Suckered It's hard to say no to family. If you honestly don't have the time to do the matter or if it is outside your practice area, don't be afraid to just say no. If you don't do bankruptcy work, it may not be a good idea to take on Cousin Larry's case. If you don't have time to drive three hours to take care of Aunt Betty's speeding ticket, be honest. They will forgive you. You may get a fruitcake for Christmas, but ultimately all will be forgiven. In my own practice, my beloved mother is my greatest supporter/adversary. She constantly refers people to my office even if its not an area of practice I am familiar with or interested in. Her usual response is along the lines with "What do you mean you can't help your uncle sue his neighbor for cutting the grass incorrectly? He taught you to ride a bike."
5. Be upfront with your Relative. I also received a great tip from Texas practitioner Bill Stark. He reminded me that it's important to be completely upfront with the merits and liklihood of success. As Attorney Stark eloquently stated "all too often, lawyers, (particularly younger lawyers) want to impress their family and/or don't want to impress their family by breaking the hard truth to them. Like other clients, family members need to know sooner, rather than later--before they have invested time, energy, and money, that their case is shakey." I agree with Attorney Stark, sometimes it's better to heed the advice of Nancy Reagan. Just say no.
Posted 9:06 AM

This was a thought-provoking post. I'd say the same rule applies to friends (who tend to seek out legal advice even more often than family, I have found).

I've taken on friends as clients and have had to set firm boundaries about not calling me on my cell phone (I use my office line for business and don't use my cell for clients) ... not coming to my house at all hours (especially on weekends) ... and not showing up at the office without an appointment (or at least a call to be sure I am available).

By the way, welcome back to blawg land ... I've missed your posts!

Thank you for the article - I found it to be very useful. Any suggestion where I can find a nice, comprehensive conflict waiver clause or letter?

You got a really useful blog I have been here reading for about an hour.