When Did My Life Become an Endless Saturday Night Live Skit? 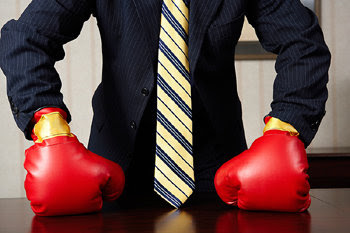 Is Any Publicity Good Publicity?
For all the seriousness the practice of law entails, you will surely encounter a few humorous experiences throughout your career. If you are a regular reader of this blog, you already know I have enough stories to fill a lifetime of cocktail parties.
At times, I feel as if I am trapped in an endless Saturday Night Live skit. Some highlights include a client who was arrested for stealing a fresh water salmon (he stuck it down his pants), a man who insisted I legally change his last name to Budweiser so that he could sue the beer company for millions, and a gentleman who wanted the instructions in his will to include placing his body on a raft and having it set on fire on the Connecticut River. 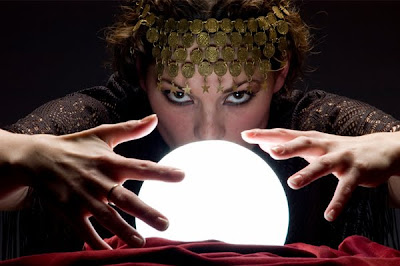 Senora Ismerelda?
Not to be outdone, I also recently learned that our new office telephone number is a few digits off from both the Connecticut Bar Association and Lady Ismerelda, a local fortune teller. You can imagine the range of calls we have been receiving lately. "Senora Ismerelda?" umm no...you have the wrong number. Apparently, someone up there decided the show must go on. My SNL life has been renewed for a new season. If your anything like me, you start your week off reading the NY Times, the Wall Street Journal, the CT Law Tribune and of course Przeglad, a popular weekly Polish language paper distributed to an estimated 30,000 readers living in Connecticut and Massachusetts. I was fortunate to have been included in the latest issue of this fine publication. Got a minute? Let me elaborate.
My firm has developed somewhat of a unique niche in the Polish community. As I often mention, despite 300,000 Poles living in the state, I am one of only a few attorneys in my area that can provide legal consultations in Polish. Not surprisingly, that particular demographic has been making up a growing percentage of our client base. (We also have a loyal contingent of Norwegian curling fans as clients but I digress....) The Polish community has been very supportive of our firm's efforts so we decided to hold a client appreciation event. We were celebrating our 70th year of "legal excellence" and thought we could hold a few "thank you" events throughout the year. (Kind of like McDonalds having the McRib for a limited time). I decided the first event would be a boxing match. We took about 30 clients and staff members to see Heavyweight Tomasz Adamek take on former Olympian Jason "Big Six" Estrada at the New Jersey Prudential Center. Currently the welterweight champ, Adamek was a hard nosed fighter that had recently moved up to the heavyweight division. Whenever Adamek got into the ring, the Polish born pugilist would attract a throng of 10,000 red and white clad diehard Polish fans. My clients would love it and I would get some street cred in the Polish community. Which brings me back to the aforementioned Prezglad. The newspaper had a reporter at the fight and came over to interview me. 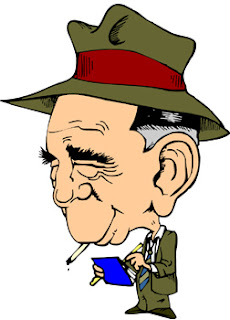 As an attorney, I am a glory hound. I love being interviewed. If you watch the local news, you will often see me lingering at crime scenes with the hope of getting interviewed. I'm usually the guy who tells the reporter "he seemed like a nice guy, kept to himself. We never knew he was a serial killer." I got my wish for glory. The Prezglad did indeed write a nice article about our firm attending the match, noted our community efforts and even took a photo of me with a group of clients at the fight. Unfortunately, I was dressed a bit casual. I was wearing a novelty t-shirt with the words "Polish Mafia" emblazoned across my chest. A thank you gift from one of my clients. Which brings me to my morning coffee and my morning read of the local papers. Under the photo of our group the caption read: "Attorney Baron attends heavyweight championship fight with the Polish Mafia."
(Editor's note: Duty calls.  Due to trial obligations, today's post is a reprint.  It originally appeared in March of 2010)
Posted 9:00 AM

Great read to start off the week. I have tears in my eyes from laughing.

Glad to see you back. I was worried that you had been rubbed out by a client.

PS, I just posted my 401st post on Pittsburgh Legal Back Talk. Check out the new look.