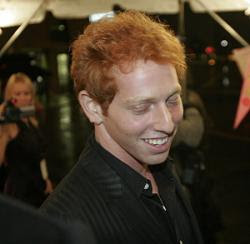 If you are a prospective student or you miss the Socratic induced terror that is law school, you may want to relive your memories through Sam E. Goldberg a.k.a. Mr. Law School. Sam has taken upon himself to video blawg his journey at one of our nation's fine legal institutions. Although he does not mention what law school he attends, we kind of figure he is somewhere in California, Florida or Guam. From Con Law class to vying for an internship, Sam shares the daily trials and tribulations of a typical law student. Its a humorous take on what it means to be a law student. 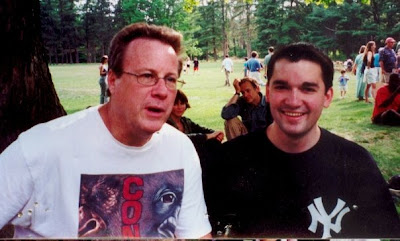 Truth be told, I have a few issues with Sam's video blawg. The first is the name "Mr. Law School." That name was bestowed on me years ago by my mother when I was myself in law school. I recall something along the lines of "Excuse me, Mr. Fancy Pants Law School, can't figure out how to clean his room." The title was also bestowed on a Mr. Murray Feldman of Brooklyn Law School who won the title in 1972 after a late night Con Law Study Group Beauty Pageant. He even has a sash to prove it.

Actually, Sam has an interesting background that includes motion picture work and a gig as a radio host. Goldberg's pre law school efforts also include red carpet interviews with famous celebrities. If you ask me, celebrity name dropping is just the type of ridiculous, self promoting, narcissistic behavior that should be frowned upon by any self respecting attorney worth his salt. I mean really. Why just the other day, I was discussing the matter with the father from Home Alone and that guy from Caddy Shack. OK, so maybe I don't have any issues with Sam's blawg. Maybe I just wanted to show off some of my celebrity pics. My wife tells me I'm shameless. I don't care. I met a Blues Brother and the protective order doesn't say anything about posting pictures. I just need to stay away 100 yards from any Ghostbuster. That includes Ernie Hudson. But I digress...

I look forward to Sam's updates when he starts preparing for the bar exam. (You know the point in your legal studies when the optimism of a fresh faced first year student is replaced with a broken hollow shell devoid of a soul or any glimmer of happiness. I picture those posts resembling scenes from the Blair Witch Project.) Kidding of course. I encourage you to check out "Mr. Law School" and I sincerely wish Sam all the best in his promising legal career. 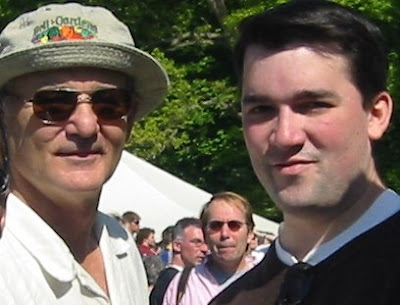 Six Degrees of Nutmeg Lawyer
PS Did I mention I also rubbed elbows with Dan Akyroyd as well as Michael and Kevin Bacon. (Editor's note: Kevin does not like when you ask him kick off his Sunday shoes.)

(Editor's Note Part Deux: Sam has appeared in a number of films. See other actors who followed the path to law in our actors who turned lawyers post.)
Posted 4:00 PM

He goes to Nova Southeastern University in South Florida.

I love Mr. Law School except the first couple recordings his sound levels are out of whack.