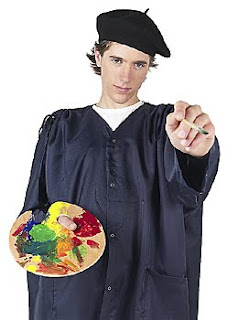 One of irony's greatest accomplishments is that one cannot punish the wrongdoing of another without committing a wrongdoing himself. ~Anonymous


As a criminal defense lawyer, I believe in second chances. After all, people are prone to make the occasional error in judgment. I believe that not every crime deserves a jail sentence.  As such, I think diversionary programs are a healthy part of the judicial system.  They give relief to the courts and the correctional system.  They give defendants a second chance.  Recently,  my belief in second chances was put to the test.  Life would test my mettle.  I was the victim of a minor crime.  Would I be willing to forgive the nefarious ne'er-do-well that victimized me?

I  received word from the Victim Advocate's Office that New Britain's finest had arrested a twenty two year old man for a litany of offenses including notoriously spray painting "Twister" on the windows and walls of several local businesses.  Among those hit was an elegant building housing a prestigious law firm with a dynamic young attorney who many considered the next Clarence Darrow.  There it was in black and white.  After years of defending criminals, I was officially designated as the "victim" of one.   The villianous scoundrel had "tagged" my law office with the word "Twista" several times.  I couldn't believe it.  Graffiti?  Really?  In this day and age.  I thought that went out in the 1980s.  Was this guy break dance fighting too? 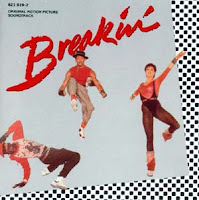 The Victim's Advocate wanted my input.  Did I have any costs associated with cleaning up the grafitti?  Did I want to object to a diversionary program?  More importantly, would I be requesting that this jerk to go to jail?  I was at a crossroad.  If I objected to a diversionary program, surely I would be considered a hypocrite.  Day in and out I stood in front of prosecutors and judges begging for leniency for my clients. Would I grant this "Twista" character the same courtesy?


I decided to prepare a letter to the state's attorney.  I stated that if the young Picasso was eligible for a diversionary program, I would not object.  I wasn't about to be a hypocrite.  Well..... I did add one caveat.  I requested that the young man be required to reimburse the local business owners for their costs and that he would also have to perform several hours of community service scrubbing graffiti and picking up trash in the neighborhood.  "How wise I am", I mused thoughtfully as I stroked my imaginary beard.  I was practically King Solomon.  I was able to keep my conviction that people deserved second chances.  I might even get a few bucks for paint. 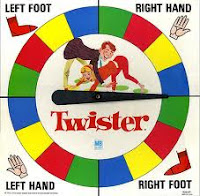 Unfortunately, my letter got into the hands of the local newspaper.  Surely the criminal mastermind "Twista" would read that I was making trouble for him.  I learned that he was arrested on a variety of other charges including allegedly stabbing a guy.  I read that he  used the monker "Sniper."  Stabbing a guy?  Sniper?  Ummmmm... on second thought, who was I to judge this young man?  What if this guy was a struggling artist?  What if he was the next Van Gogh?  Did I want to stifle his creativity.  Maybe he was just a big fan of the game Twister or Chubby Checker?   Perhaps the graffitti wasn't so bad?   In fact, some people considered it art. Either way, I have a feeling I am going to need to stock up on some more paint.
Posted 6:00 AM