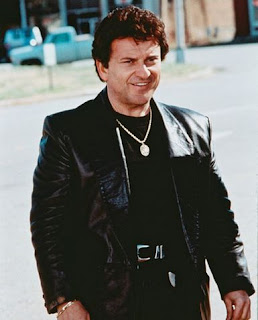 Knowing When to Hold 'Em and When to Fold 'Em
One of my favorite Joe Pesci movies is Casino.  The other, of course, is "My Cousin Vinny" The two movies seemed to clash this week at Connecticut's Foxwoods Casino.  There was even a bit of a "Few Good Men" thrown in for measure.

The Hartford Courant reports that a Connecticut attorney was arrested for allegedly cheating at the craps table.  State Police allege that 34 year old Walter Bansley IV of New Haven violated casino rules when he took his bet off the craps table.  It is an offense that would have been met with the barrel of a six shooter in the old west or a one way trip to the desert in a Rat Pack era Vegas.  It might have even led to a poisonous dart from one of Sean Connery's 007 cufflinks.   The casino alleges that the betting barrister also refused to show his id, to leave the gambling floor and allegedly urinated on the floor outside his holding cell. (Bansley claims that there was no toilet in the cell and his request to use the facilities was unanswered).  If the name Bansley sounds familiar, you might recall the movie "A Few Good Men."  Bansley's father Walter Bansley III was the inspiration for Tom Cruise's character.  According to a press release from the state police casino unit, Bansley IV is to be arraigned on various charges including sixth-degree larceny, interfering with an officer and criminal mischief.  He is set to appear on Sept. 17th in New London Superior Court.
In a written statement this afternoon, Bansley denied some of the allegations.


"The larceny charge involves the 'improper' withdrawal of the $10 bet. The casino wanted me out because I was winning and it got its wish by making a false allegation. It was quite clear that the casino bosses were not happy about my winnings and suggested that I go to Mohegan Sun. I refused to leave. After refusing to leave, the police were called."

From most accounts, Bansley is a decent attorney who is a board certified criminal trial advocate.  There do not appear to be any grievances on his record.  I am sure he will eventually put this incident behind him and we grant him the benefit of the doubt.  This incident does serve as a little warning to some of you practitioners out there that do not adhere to the very high standards of ethical prudence that I practice in my daily life.  In fact, I have never done anything wrong in my life.  Ever.  Well, maybe that one time in college I ....never mind.

As attorneys, we are held to a higher standard.  We adhere to a code of ethics.  That higher standard follows you past the courthouse doors into your personal life.   Not surprisingly, when we do experience life's little hiccups it might end up in the papers (or some smug snot nosed blogger's blawg. What the hell is a Nutmeg anyway?) That is not to say one cannot enjoy life.  Just do it with a little prudence and a little common sense.  Now, excuse me as I erase some photos on Facebook.
Posted 12:59 PM

A man engaged in a law firm whom committed a crime will hold a much greater defending power.