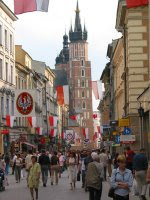 The Nutmeg Lawyer would like to congratulate the Catholic University of America's Columbus School of Law on the 20th Anniversary of the International Business Law & Trade Program in Krakow, Poland.  The following is our review of this wonderful summer program.


You Want Me to Study Where:
On December 13th, 1981, daily life in Poland would change as the government imposed marital law on its citizens. In an attempt to crush political opposition to the communist regime, thousands of people were arrested without charge and hundreds were killed.

As part of the crackdown, educational institutions underwent a “verification" process that tested each employee's attitude towards the communist government and the growing Solidarity movement. As a result, thousands of teachers were banned from their craft. Curfews were imposed, phone calls were monitored, the borders were sealed and military courts tried civilians for allegedly spreading “false information.” It was during this volatile time that Professor Rett Ludwikowski served as the chairman of the Division of Law and Business at Krakow’s 14th century Jagiellonian University, one of the oldest and most prestigious universities in Europe.(alumni include John Paul II and Copernicus). He taught law and politics and held the chair of Modern Legal and Political Movements and Ideas. 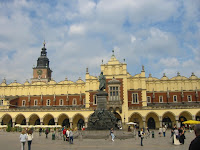 The eighties proved to be a dangerous time for political thought in Poland. Like many intellectuals, Prof.Ludwikowski’s beliefs were not in step with those of the Communist Government. He would be warned by a kind hearted government agent that it would be in his best interest to leave the country. In 1982, Ludwikowski took his family and left for the United States for a new start. Today, Professor Ludwikowski molds young legal minds at the Columbus School of Law in Washington D.C. During his tenure he developed a unique program that would give American and Polish law students the opportunity to study each summer at the prestigious Jagellonian University. He had made his triumphant return to Poland.

Since 1991, Ludwikowski has been offering a summer International Business & Trade program where students receive intensive training in the global aspects of modern trade, American and European Union Law, business transactions, and other substantive areas of law. Top students from across Poland and the United States are hand picked by Professor Ludwikowski to take part in the program. Both Polish and American students attend ABA approved courses, live together and participate in co-curricular activities including long hikes in the mountains of Zakopane, trips to the Wieliczka Salt Mines and Auschwitz, as well as river tours of the Dunajec River. During the day, students have the run of a city rich in history full of museums, castles and palaces. (Classes are actually held in a former palace). At night, students are free to explore Krakow’s many attractions which include great restaurants and underground nightclubs that feature everything from live jazz to the latest in European dance music.


Classes are taught by both American and Polish law professors. Students have received visits from a range of notables including Supreme Court Justice Sandra Day O'Connor. The cross-cultural aspect of the Krakow program is unique and has resulted in many lasting friendships and business contacts. Graduates of the program practice throughout the United States. 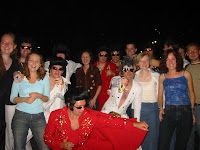 As a law student, I had the opportunity to take part in this wonderful program. At the time, Poland was voting whether or not to join the European Union. For me, it proved to be the experience of a lifetime (I even met my wife in the program). Living accommodations are in walking distance of one of the largest town squares in Europe. On weekends students were even given the opportunity to visit surrounding countries. I decided to visit Budapest. Some participants took the opportunity to intern at American law firms with branch offices in the city. (One memorable night, we ran into 10 Elvis impersonators from Liverpool, England). The Krakow program is a great opportunity for any law student looking for some summer credits. You do not need to be a student at the Columbus School of Law. I recommend it wholeheartedly. Exceptional support staff and professors will help you throughout the process. The experience made me want to transfer to the school. Law students interested in taking part of the Krakow program should contact Margaret Pooley at the Columbus School of Law in Washington D.C.
Posted 7:00 AM

A friend of mine finished L.L.B Law in Warsaw, Poland last year. She's now working in a famous firm in London. So yeah, I recommend Poland too.