One Eyed Cowboys and Lawyers Who Never Lose. 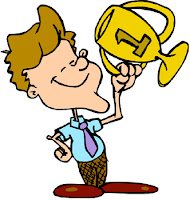 Eating lunch at a nearby restaurant, I observed a local attorney walk in with a prospective client. With a million dollar smile and slicked back hair, the boastful barrister claimed that he had never lost a case.  I rolled my eyes because I knew the schlub.  He had never taken a case to trial.  He was very selective in the cases he took on.  He mostly took on first offenders that were eligible for diversionary programs.  If the case was too complicated, he would farm it out to other firms.   Of course he never lost a case.  He never took on anything remotely challenging.  He had never had his mettle tested. 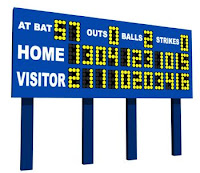 I am always wary of attorneys who keep score and claim they have never lost a case.  Frankly, it may be that some matters are simply not outright "winnable".  The evidence may just not be in your favor.  It's your job to get the best possible result with the hand you are dealt.


When I first started practicing law, I had the opportunity to second chair an attempted murder trial with a well experienced criminal defense lawyer.  The evidence included a confession, witness testimony and even video surveillance footage.  Although the case was a loser from the start, I jumped at the chance to gain some great experience.   Going to trial was risky, but the client had nothing to lose. The pretrial offer was draconian.  Although the client did go to prison, we considered it a win.  His sentence was much shorter than the one sought out by the prosecution.  Until that point I had "never lost a case."  That x in my loss column taught me more than all of my "wins" combined.

Striking out over 2597 times, Hall of Famer Reggie Jackson is the all time strikeout leader in baseball.  Nevertheless, I think I'd pick Mr. October for the company softball team. If given a choice between gunfighters, always pick the weather beaten ornery one with the missing eye.  He'd be the one with the experience under his belt.  A good attorney wins all of his cases.  A great one tests his mettle and may even lose one now and then.


(Editors note: Of course, I am not suggesting to go to trial just to test your "mettle". What the heck is mettle anyway?)
Posted 7:00 AM

I once read a flashy, well-known trial lawyer’s autobiography. He claimed only the best, most talented attorneys dare appear in the court. Another lawyer’s tome trashed his opinion. The 2nd writer made it clear, the best representatives keep you out of court in the 1st place, and go only there whenever absolutely necessary. Just like in Social Work, it works best when the client comes 1st.

There's nothing more nerve-wracking than doing your first trial on the court. I admire your bravery though. I'm pretty sure that it made you a better lawyer today.

I really admire lawyers. If I had the chance to study again, I would choose law. Aside from the fact that it's a high paying job (career), you get the chance to help other people who are in need of your defense strategies and powers. By the way, an individual learns from his experiences.

I guess, lawyers need to accept the fact that there would times that they lost a case and that's not big sin after all. They need to face the reality and take it as a big challenges for their profession.

Being a lawyer does not necessarily mean to be winning in every cases they handle. But to win in your first trial for me will be the next achievement a lawyer can have after passing the bar exam.
motorcycle accident attorney orlando

This is so disappointing. Lawyers should need to face the real trial of their profession to losing and winning the case. The most important thing is, you did your job just to defend your client.